Yoga has its origins way back in time, yet it continues to be embraced by many people from different walks of life. Much more recently, the concept of Christian yoga has come up forming yet another platform upon which yoga is practiced. The original Yoga is a practice whose roots stem from Hinduism and which is practiced by most Eastern cultures. So what exactly is Christian Yoga? Much controversy has surrounded this concept right from the validity of its name. Despite all that, the approach to Christian yoga is one that aims to allow those practicing it to profit from the benefits of yoga while maintaining Christian principles and paradigms.

Are There Any Yoga Alternatives for Christians?

Looking at the origin, the practice itself and the spiritual connotations linked to Yoga, the Christian is left wondering where to fit in. Fortunately, alternatives exist such as the Holy Fit Christian alternative to Yoga. The fundamental difference between this practice and that of Hindu Yoga is in the spiritual aspects of the two. While the latter draws its structure from Hinduism, Christian Yoga is basically a way of keeping fit physically, mentally and spiritually based on Christian values. This is according to scripture from the Bible whereby every Christian believer is called to honor God with their body and also pursue ‘spiritual fitness’ more than ‘bodily fitness’.

A typical Christian Yoga experience will leave a person spiritually refreshed which in essence is vital for the building up of the inner man. These benefits include the following:-

Christian Yoga for the believer enhances their relationship with God since it is a deliberate and conscious effort to meditate and get in tune with one’s spirit. By facilitating renewal of the mind through the Word of God, there is progressive positive change in the believer’s outlook of life and their thought process to reflect that which pleases God.

There are myriad physical benefits of Christian Yoga, some of which have been scientifically proven to be true while some have been documented over time as per the experiences of thousands of Yoga practitioners. Here are some of the most beneficial;-

Not only does it promote mental soundness but also promotes emotional stability in the following ways:-

To learn more watch this 30 Film, “The Science Behind Yoga,” and “How Yoga Helps Anxiety, Depression, and Addiction.

Join the Meet Up Group

Get Away with God Retreats 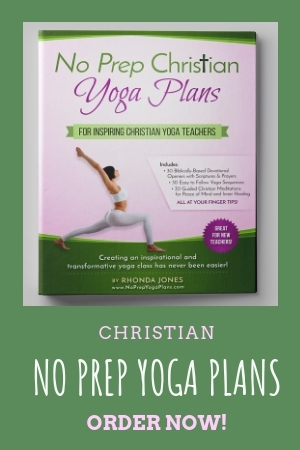